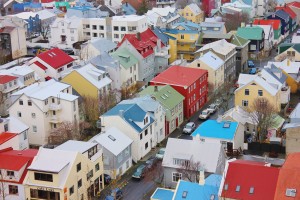 Minimum Standards are incorporated into the Residential Tenancy Act.
These standards will be phased in from 1 August 2015 – 1 August 2018.

Many amendments to the Residential Tenancy Act come into effect.

Late lobbying by industry groups knock out the introduction of minimum standards component until a later date.

Amendments to legislation have been confirmed to start on October 1, 2014, with a some elements not coming into effect until late 2017.

Consumer Affairs and Fair Trading announce that they expect the legislation to start on July 1 2014, but that is subject to final government approval.

The Bill that will legislate for minimum standards for Tasmanian residential tenancies and reform other sections of the Residential Tenancy Act is scheduled for debate in the Upper House tomorrow.

The Tenants’ Union is generally happy with the Bill but has some concerns with some of the proposed amendments.

The proposed minimum standards include:

The Commissioner may grant exemptions to properties for some or all of these standards.

Some standards will not come into force for 3 years

Some of the negative proposals include:

Tenants’ Union response to the Final Report and Consultation Paper was completed.

The Residential Tenancy Act Review’s Final Report and Consultation Paper was released and has 17 key recommendations including:

As you can see there are some improvements for tenants and some potential victories for landlords/agents.

The Tenants’ Union will be responding to the Report with a detailed submission.  If you wish to make a comment, either contact us or make your own submission.  The closing date is 24th February 2012.

The Tenants’ Union attended a roundtable discussion with major organisations associated with tenancy, hosted by Minister Nick McKim and Consumer Affairs and Fair Trading. We were told the next stage of the Review will proceed in three parts:

It is envisaged that the first round of legislation will be brought to Parliament early in 2012.

The Tenants’ Union made a presentation on our vision for a reformed Residential Tenancy Act at the Renting in Tasmania conference. Here are the powerpoint slides that were shown during the presentation.

Our key recommendations are:

The Minister for Corrections and Consumer Protection (at the time), Lisa Singh, released a discussion paper on the Residential Tenancy Act and issues in the residential tenancy market. The discussion paper explored issues such as security of tenure, rent increases, accommodation standards and dispute resolution and sought comments and submissions from the public. The purpose of this paper was to give broad direction to the scope of a discussion about issues relating to the Residential Tenancy Act and the role of the Act in the residential tenancy market.